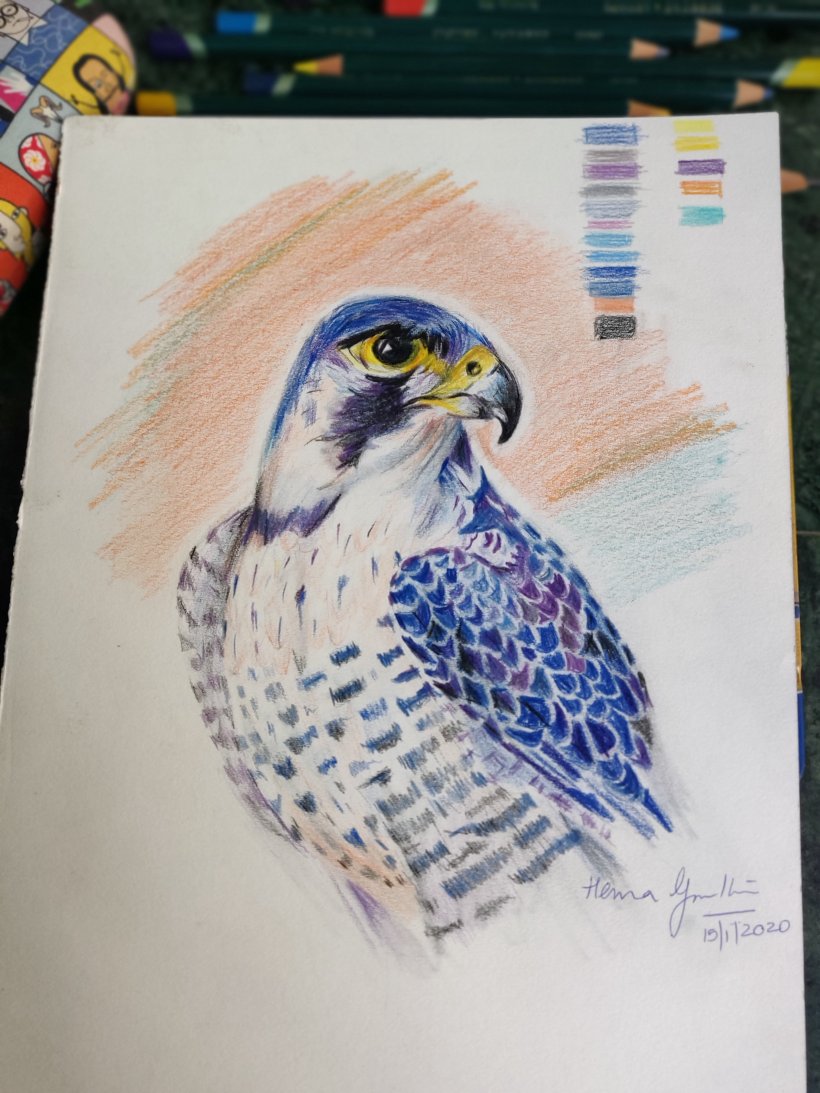 Did you know that falconry is an ancient celebrated sport?
The Peregrine Falcon, that majestic queen of the skies is trapped and captured and trained to hunt for the falconer. In turn the falconer generously shares scraps from the falcon’s kill with her.
It works best if she is kept slightly hungry, always yearning for satiety and fulfillment.
It was a royal sport. That kings and noblemen of the yore enjoyed. How majestic they looked in their portraits with a small hooded and shackled falcon perched on their wrist.
The mighty hunter and his pet.
Have you ever seen a Peregrine Falcon shoot through the air at a terminal velocity of nearly 400kmph, to grab her prey, a pigeon nearly the same size and weight as the falcon?
Once her razor sharp claws are embedded into the pigeon, it’s impossible to separate the two.
She hunts only to feed herself and her offspring. Her unique body adapted to flying at speeds unimaginable to even other birds. Their lungs would simply explode.
She’s kept in a cage, a hood drawn over her large, intelligent eyes, that can spot prey a mile away.
Bells and and brass rings and leather lashing bind her tight. She cannot escape.
Falconry has its own language, rules and regulations and scriptures and strictures that bind the falcon to her master.
I suppose captors needs ancient texts that help them serve themselves, to shore up insecure masculinity.
Women have been kept slightly hungry for a long time.
Always yearning satiety,
Sometimes literally. Always spiritually.
Wondering if this is all there is.
And schooled and coached and trained in appropriate behaviour.
Cross your legs, pin that dupatta.
Every now and then, when we’ve been good, we are allowed scraps from the high table of men.
Like voting rights and permission to work.
The hoods on our faces and bells and whistles of expectation and religion and culture and honour and tradition made us unable to move with the grace and speed and skill of the Peregrine Falcon.
It’s written in the old texts and scriptures they assured us.
Our bodies not ours. Our babies not ours.
“Turning and turning in the widening gyre
The falcon cannot hear the falconer;
Things fall apart; the centre cannot hold…”
The prediction of The Second Coming in Yeats’s poem, was it the rise of women all over this earth?
We refuse to hear the language and terminology of oppression.
It doesn’t matter how old the texts and how venerable the preachers, how holy the bondage.
We reject imprisonment.
We women reclaim the earth like the falcon the skies.
We reclaim our space, we make space, we spread, we gather, we expand, we adjust, we accommodate, we annihilate.
No longer do we fit into those shackles and manacles and hoods of enslavement.
When we sit, stand, march on this earth, we reclaim what’s ours, our wildness, we free the Peregrine Falcon.Shaheen is Persian for the Royal Falcon, the Peregrine Falcon, The Queen of the Skies.Shaheen Bagh: Where the falcons freely fly.