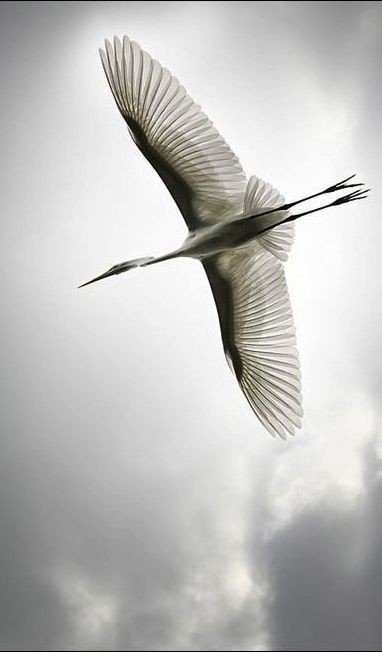 As we walk back, late in the evening, discussing the pointlessness of human existence, how we as a species have the singular ability to desecrate everything we touch, in our arrogance how we have managed to vandalise, destroy, ruin vast tracts of the earth irrevocably. On a planet where all other organisms coexist, taking no more than they need and giving back more than they took, we alone stand out as sore thumbs in our relentless grabbing. An alien species, the only kind that shits in its own nest. Rightist, leftist, liberal, conservative, having finished with the planet we are now turning on each other in cannibalistic fervour.

Our hearts heavy, shoulders drooping at these morbid thoughts, we trudge back to our house in the darkening. As luck would have it, the lone torch between us sputters and goes out. We have now reached the dry stream bed that is flanked by a dense forest. If my legendary clumsiness is not reason enough to need supplementary light, the rocks on the stream bed also house a Common Krait, an ironic name, because he’s an uncommonly venomous fellow, who should be putting an appearance for his evening victuals about now. I’m scrambling to switch on the torch in my phone, when the husband grabs my arm urgently and I look up and gasp, everywhere the eye can see are fireflies, in the thousands, blinking their cool green lights at us. In the sky above us, on the branches, the evergreens decorated as if it were Christmas, every leaf, every blade of grass is lit up and many of them float past us as we stand with our mouths agape. One of them lands on my head for a second and floats off. It is as if we have wandered into the planet Pandora from the 2009 film Avatar, when Jake Sully loses his torchlight in the night and sees the forest, not as a dangerous, dark place he had thought it was, instead a magical, wondrous fairy-tale land awash with an unearthly light.

Bioluminescence, is the term for the light of fireflies. A rare word science coughed up, that is at once poetic and dare I say, romantic. Bios is life and lumen is light. Light of life or a living light. Apparently, fireflies light up to look for love, for a potential mate. The male shines his light in a certain pattern and if a female likes the show, she blinks back a similar pattern of acquiescence. India is one of the very few places in the world where one can witness what we witnessed- simultaneous bioluminescence, where an entire forest of fireflies lights up at the same time. Perfectly timed, just when we were at our lowest ebb.

A few years ago, we had gone trekking to the base camp of the only 8000er in our country, Kanchenjunga. A couple of days into climbing, we reached the high alpine grasslands of Dzongri. It was a fiercely cold place even in the late afternoon. And because all the protected camping spots had been taken by other groups we were forced to camp slightly higher up in an open, windblown area. That night the cold reached sub-zero temperatures and the screaming wind, pushed it down further. In the middle of the night, my son woke me up, wanting to pee. After he had finished and had ducked back into the tent, I decided I might as well while I have some privacy, a phenomenon, that perhaps only women in India will understand, coming from a country where clean public toilets are limited to a PR tool for Akshay Kumar to vend his way into politics. As I stood up, the wind that had been shrieking like a million hungry ghosts, suddenly dropped. The ringing silence made me look up and I saw Kanchenjunga and her sister Pandim lit up to a shimmering luminous white by an enormous full moon. The air was suffused with the (probably mildly hallucinogenic) fragrance emitted by the short aromatic shrubs that can grow only at that altitude. In the distance I could hear bells, these were probably the ones hung around the necks of the beasts of burden, Dzos that help cart all the luggage. But in that holy moment, all I could think of was that I seemed to have been transported to the temple of the Goddess, with incense and bells and a large lamp and Devi Swaroop. And She had stopped the wind, just so I could admire Her beauty. In a dizzy second, it occurred to me that I too am a part of this exquisite painting and was She looking at me, looking at Her? It seemed that the entire universe was holding its breath to see if I could figure out this conundrum of who is the seer and who is the seen. My heart started pounding and the blood rushed to my feet and in a mild state of panic, I did the first thing my shattered mind suggested, I called to my husband to bring out the camera. As though disappointed, the wind picked up again…

Sometime in the 19thcentury, Godai, a young boy, six years of age, was wandering through a paddy field in rural Bengal in the monsoon months and there surrounded by the lush green of newly transplanted rice, he spotted a flock of dazzling white cranes flying, silhouetted against the backdrop of dark clouds the colour of Krishna. Unable to take in the beauty of the vista, the sensitive little boy collapsed in a rapturous swoon. All through life Godai would experience the ecstasy of the spirit over and over, until he found transcendence at the feet of his beloved Kali. Godai, we of course know as Ramakrishna Paramahamsa.

This perhaps is our raison d’être. The reason the Universe seems to put up with our shit- because the Goddess, she is a bit vain. She likes admiration and songs of praise, songs about her beauty and her grace. Shiva knew this when he created Roopkund, a small glacial lake at about 5000m, hidden between Shiva’s trident, Mt.Trishul and Devi’s veil, Mt. Nandaghunti. Here Devi could look at herself in length, do her toilette and be utterly vain without judgement or prying eyes.

From the time the early human connected chalk to cave wall, from the time we looked up at the full moon and saw a rabbit on it, we’ve been making up stories of our connections with the immediate and the unattainable to ascribe meaning to experiences. We make up stories and paint pictures and compose songs of praise and love and thanksgiving, of life and death. A human without connections and stories, his life devoid of meaning and purpose, is a sad one, or a dead one. We contemplate, we imagine, we reflect, we meditate. We experience the transcendent in the mundane, the profound and the profane.We alone on this blue planet, have the unparalleled gift of being able to swoon in the face of beauty, to gasp in wonder. Without us the planet would probably thrive, but would it also be a little sad that nobody was there to stand back and admire its utter perfection?

One thought on “Because we swoon”